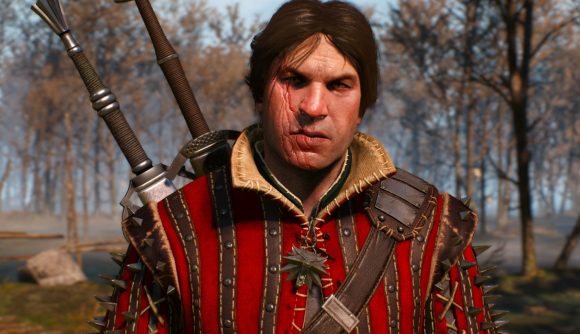 The cast of Netflix’s The Witcher series has undergone a small change-over. One character in the show based on the RPG game has been recast, while two other characters from the novels are set to be introduced for the second season.

The former comes courtesy of Deadline, who report that Basil Eidenbenz has replaced Thue Ersted Rasmussen as Eskel, a witcher of the School of Wolf. Rasmussen was announced as part of the cast back in February, and was on-set during early days of production for the next season when everything had to be postponed due to the COVID-19 pandemic. Cameras starter rolling again in August, but unfortunately, this has led to him needing to step away due to a scheduling conflict, with Eidenbenz his replacement. In a statement on Instagram, he stated he feels “happy and grateful” for his brief time with the project, thanking fans for their support.

The other casting tidbit comes from Redanian Intelligence, who’ve figured out that two of the Continent’s best detectives will be joining Geralt’s misadventures. Jacob Fenn and Codringher, who run the eponymous Codringher and Fenn detective agency and law firm, assist Geralt during a pivotal moment or two in the novels, and will likely be doing the same here. As far as anyone knows, neither role has been cast as yet.

They join Vesemir, who was confirmed to be joining back in February. Details are still sparse on what the second season of the Henry Cavill-led series based on the open-world game will entail, but it will have less timelines, at the very least, and it’s expected to arrive 2021.

The future’s bright for Witcher fans, as developer CD Projekt announced a free next-gen upgrade for existing owners of The Witcher 3. If you’d like to update your game right this second, this mod will do that for you, and we’ve all the best Witcher 3 mods besides.