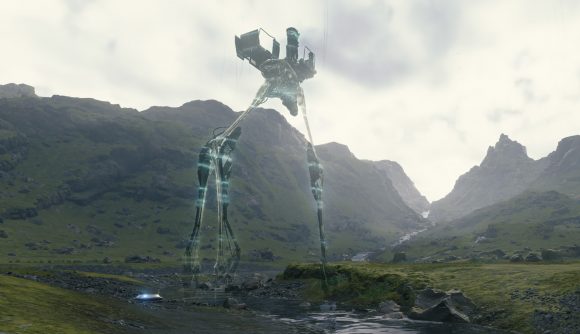 Starting next year, the Tribeca Film Festival is expanding its gaming remit. From 2021 on, games can compete in the Tribeca Games Award, and an advisory board featuring several well-known industry veterans has been formed to sculpt gaming’s presence at the annual event.

A report from The Hollywood Reporter states that beginning 2021, videogames will not only be eligible for official selection at the festival, but can also compete for the Tribeca Games Award. Games have been present at the yearly New York-based gathering since 2011, Rockstar’s L.A. Noire, Sony Santa Monica’s God of War, and Riot Games’ League of Legends among the inclusions over the years, but this will be the first time they’ll be in active competition for their own specific Tribeca honour.

To shepherd this growing presence of interactive storytelling, an advisory board has been assembled featuring both established and up-and-coming creators from the worlds of gaming and film. Metal Gear Solid and Death Stranding mastermind Hideo Kojima is involved, as is The Game Awards founder Geoff Keighley, Control and Alan Wake writer Sam Lake, Candyman writer and director Nia DaCosta, The Mandalorian director Jon Favreau, EA co-founder Bing Gordon, and 343 Industries executive producer and head of transmedia for Halo, Kiki Wolfkill.

Tribeca Film Festival co-founder and CEO Jane Rosenthal commented that the work of game developers “should be celebrated”, and this is part of the festival continuing to celebrate storytelling in every form. “As a filmmaker and storyteller, I’ve always had an interest in how creators can push the boundaries of storytelling on all of these different platforms,” Rosenthal said. “I’ve personally had a curiosity in non-linear storytelling for years, and I think that games offer a new realm of narrative expression and immersion that is part cinema, part gaming.”

Rosenthal started the event with Robert DeNiro and Craig Hatkoff in 2002, and it’s since become one of many established stops on the film festival circuit for indie filmmakers looking to generate buzz, and find distribution, for their work. Bigger studio films regularly host their premieres at the fest, and some games, like Quantic Dreams’ Beyond: Two Souls, have held their first hands-on demos there too.

Submissions are now open for both US and international videogames for consideration here. Check out our lists of the best games and best upcoming games lists to see what just might get a nod.